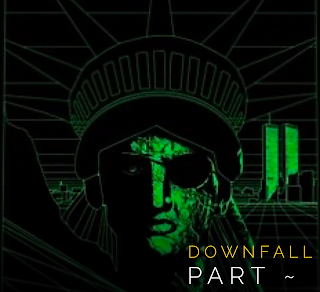 Although today a few of NYC's grassroot programs are under leadership of people FROM and OF #theculture, historically speaking, many were NOT.  Despite their intentions majority still operate from a vantage point different from #theculture as a whole.

It is a known fact that youth basketball is a highly competitive and equally volatile space where artificial "beef" is created in an effort to serve a means to an end.

We have seen it without seeing it, program A (MJ)and program B (Prince) both of whom are FROM and OF #theculture via their "coaches" aka infantry soldiers look to recruit a player for their respective teams. This goes on for some time and as a result program "employees" grow a pseudo "hatred" towards each other.

This faux division merely serves as a distraction that is by most accounts fueled and flamed by "he say/she say" childish banter. This tactic seems to pit "employees" against each other and such division only intensifies the moment money, sneaker sponsored gear, and perceived clout are involved, but not for the "faces" of the programs but rather for the program's OWNERS.

So essentially MJ (program A) and Prince (program B) are butting heads over rumors, hearsay and half-truths.  This in of itself, is a classic case of "DIVIDE and CONQUER"and program's executive leader$hip thrive off of such dysfunctional

Imagine if "opposing" programs FROM and OF #theculture decided to WORK together as opposed to "fight" each other better yet, imagine a MJ and Prince collaboration.

Such a relationship would threaten many who profit from #theculture. And as pointed out in another song by Shawn Carter "Nobody wins when the family feuds."