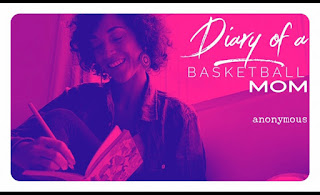 Disclaimer! Events and situations have been changed to avoid hurting anyone’s feelings. LOL

Our intro into competitive AAU was initially a smooth one. Someone knew someone, who knew someone; and so it began... and what also began was the chipping away at the confidence and security - my athlete had before the journey began.

We experienced nepotism and favoritism to a degree that I was not prepared for. Her talents were no longer “good enough”. It became about playing her role and letting others shine on the court. Making friends with the right kids and forming alliances. I felt like I was in one of those competitive reality tv shows... While off the court it was. “show us what you got in practice and we will let you hit the floor.”

We never played by those rules because my kid is REAL... just like her momma. You either like us or you don’t...

SIDE BAR: Every GOOD parent knows that in order for your child to grow, feel secure and progress they need nurturing and consistency. Inconsistency in ANY relationship breads insecurity and discord.

We were at every event, every practice and stayed loyal at all costs. Expecting for people to keep their word and to honor her hard work. But that didn’t change the fact that if she had a good game and outshone some, the next time she played her minutes were much less.

You tell me how that is fair/just for a kid?

It became clear - she was not part of the agenda and was not supposed to shine.

Her confidence dropped, and so did her interest in becoming better...

But we pushed through and "trusted the process".