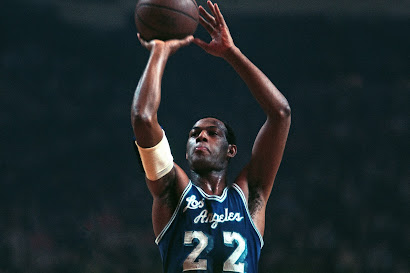 MEDIA: What is reality compared to pseudo truth?

Today, we live in a world where the use of phrases like - “unprecedented”, “groundbreaking” or even “never before” are thrown around with a “cavalierly” attitude to the point where such statements are considered truth without any form of research.

There is no doubt, the recent boycott by NBA players of the 2020 “restart” season sent shock waves throughout the media channels and created an “unprecedented” movement for 2020, but such a decision is NOT “unprecedented” in the HISTORY of basketball and should not be spoken with a “matter of factly” voice.

We would be foolish to believe today’s “sport fan” shoot even “regular person” has time to research every nugget of information.  However, it would be wise for such a person to cross reference the information to formulate their own opinion instead of relying on “trusted” sources who have displayed compromised practices throughout history.

Case in point, we present Elgin Baylor [inventor of the Euro Step]- who in 1959 “boycotted” an NBA game in protest of equal hotel rights for the (3) “colored boys” on the Lakers team.  One can only imagine what the then rookie was called during this era, but despite such pressure the soon to be Hall of Famer sought to defy “common sense” in order to stand up for equality.  Yet, the MSN (main stream media) would have one believe the narrative that the 2020 NBA boycott [which sparked other professional athletes to follow the NBA’s lead] was a “new thing” yet- despite the over abundance of ways to find and consume information in today’s world most are willing to accept this pseudo truth as a reality.

We are living in a turbulent and in “powder keg” era, but we must avoid becoming “prisoners of the moment” and refuse to rely - solely - on MSM for our information.

“Today we live in a society in which spurious realities are manufactured by the media, by governments, by big corporations, by religious groups, political groups... So I ask, in my writing, What is real? Because unceasingly we are bombarded with pseudo-realities manufactured by very sophisticated people using very sophisticated electronic mechanisms. I do not distrust their motives; I distrust their power. They have a lot of it. And it is an astonishing power: that of creating whole universes, universes of the mind. I ought to know. I do the same thing.”

Posted by Elite Basketball Training at 7:13 AM