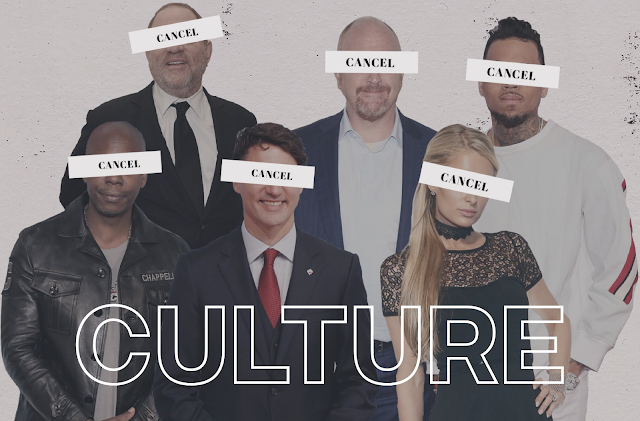 Today, is definitely a different world.

We live in an era where adults criticize children for their lack of toughness/competitiveness, their unwillingness to voice their opinion or even hold people accountable for their indirect or direct actions yet perhaps the adults should take a peek into their own mirror.

As of late, largely due to social media, “cancel culture” has become apart of today’s lexicon where according to dictionary.com -“Cancel culture refers to the popular practice of withdrawing support for (canceling) public figures and companies after they have done or said something considered OBJECTIONABLE or OFFENSIVE”.

In essence, subscribing to “cancel culture” people are, generally, “cool” with the removal of public figures / companies who in their opinion are ADVERSELY affecting the climate, as a whole.

So here we are.

The gift and curse of social media is everyone has opinion and such can be unfavorable while some can be ultra flattering.  Most adults love “likes” or positive comments but become irate with an opinion. To the point where some even consider providing a dissenting opinion as “hate” or “anti” resulting a “back and forth” via twitter, instagram, or tic tok.

Let us paint a picture.

A random adult (business owner) types his/her opinion towards another business owner’s “unfavorable” business practices and deems such activity as detrimental to the “culture” to the point where he/she feels it affects their business.

If the (affected) adult raises questions (via social media) is he/she considered a “hater” or is she/he one who is concerned about “the culture” and the perception of the practice?

Ultimately, despite friendly cliques and partnerships businesses are in the business of being a business.  Therefore, as a business, one must COMPETE in order to secure their position within the field. There is no doubt that competition comes in many facets, we are quite sure the PEPSI / COKE wars were not friendly as they each tried to secure a portion of the market place for it’s called competition. Sure the same mental reigned supreme in the APPLE/MICROSOFT battles but yet today’s ultra sensitive world ADULTS  cry afoul when confronted with such a situation.

In short, (laughter), most businesses are results driven and from our vantage point, it is (very) FAIR to question those within the business. That is how people (businesses) GROW professionally and develop.  It also can serve as a way to “convince” prospective clients that a certain product/service is better simply by having an open and transparent conversation.

BUT, such conversations might be a thing of the past as we now live in an uber sensitive, non competitive (friendly), afraid to question anyone society.