DIARY OF A BASKETBALL MOM (PART I) 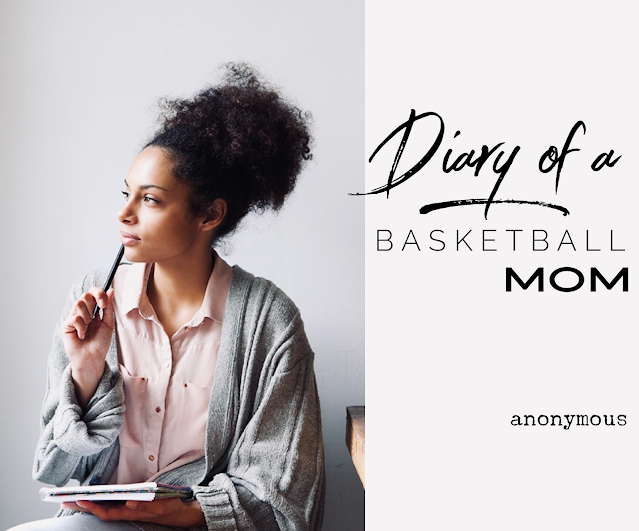 My daughter started her basketball journey at an average age (9-10). We started it as a hobby to keep her in shape and active. Never did I know that it would lead us to possible college scholarship aspirations nor did I in my uninformed mind know that it was even a possibility. But as the path flowed and lead us so began our journey. I say “our” because although, yes it is about the athlete, the parents are very much involved, committed and invested in it. Sometimes, unfortunately, more then the kids are. But I digress...

We began with basic local recreational teams and workouts. She took to it very quickly and was, as some would say “a natural”. I was approached by the coordinator of the recreational league about connecting her to an AAU program. I shared that I had been looking into local stuff and found a team that was doing tryouts in the area. He said he knew the coach and that he would put in a good word. We went to tryouts and I saw how intent on doing a good job she was and how well she did. I also saw how the coach was very excited at her abilities.

She made the team and so began our AAU journey.

I myself did not grow playing sports and did not start watching till I was a teenager. I was a student at every game. Learning the rules, understanding all the nuances. It was very exciting and easy to watch. How I sometimes miss those simpler times!

My daughter was a two sport kid, playing both baseball and basketball. We would often times pack for both teams and she would transition from one to the other in the car. It was exciting for me as a mom and a woman to watch this young girl be confident and just perform in these activities that mostly boys play.

As AAU wrapped up she was asked to play on our local boys team because there were not enough girls who wanted to play basketball. She played on that team for one season and proceed to play two seasons with a local boys AAU team as well as with their girls team AND also while fitting baseball in. She was an Athlete through and through. Her confidence at this point was still strong and her skills and athleticism were getting better.

Side note, anyone looking to put their girls in basketball I HIGHLY recommend they play/train with the boys at some point. The boys play and mentality is very different and I find that it builds confidence, focus and discipline. It also helps them get tougher and stronger. This has been my own experience.

But back to the story at hand.

We began to notice that many of the teams she was in had little competitiveness and the skill level was not improving. She would generally play up in every team she was in. Which is great, but also felt that she needed more in order to be pushed to improve and in order to develop her game better....so began our journey into competitive AAU.

Posted by Elite Basketball Training at 8:00 AM