STREET GAMES THAT MADE ATHLETES 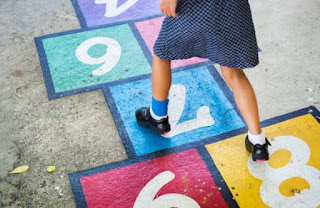 During the 1970's and 1980's, many players' like most in urban cities, were infamous for their ability to create or reinvent games.  In doing so, and prior to the social media and computer crazed world, players bonded together, created a safe community which fostered "friendly" competition and solidified friendships.

Out of a sense of "lack of" players created a myriad games such as STICKBALL, hide & seek, and red light - green light 1-2-3 which became urban America staples, however it was four games that amplified players' basketball ability.

As we fast forward to today's world, we find that most of today's children are instead of playing "street games" are playing computer generated games and are NOT outside.  These games not only were fun, but they provided members of the community a sense of togetherness, enhanced player's self esteem, and the above (and other) "street games" created tougher and competitive players. In addition, via "athletic development" games players developed fast twitch muscles and learned movements that aided in the creation of an athletic player.

In conclusion, today we have tons of apparatuses that can aid the development of players, however there is NOTHING wrong with using the "basic" aka  old school approach especially today's "NEW NORM" world.


Posted by Elite Basketball Training at 9:00 AM