Diversity is a blessing in the work place. 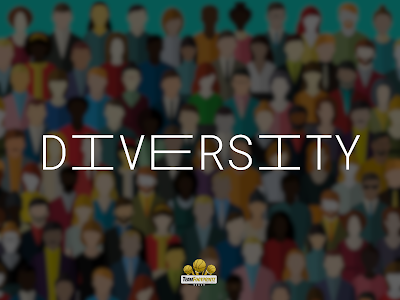 Welp, yet again - racism has taken ahold of America via another entry in a very long list of POCs “killt” at the hands (knee) of a member of the “Blue Wall” aka police fraternity.

This new chapter in the book of “untimely deaths” created a weird synergy amongst members of the POC community where most fully expect celebrities, entertainers, professional and college athletic departments who have done nothing but exploit (take from) #theCulture to suddenly reverse their “tone deafness” on social issues and to publicly condemn a system that most have never had to deal with- on a first hand basis.  At best, such thinking seems unrealistic.

This wishful thinking further supports our belief that most, in not ALL, sports departments/ staff should be made up of a cross section of the population in which they intend to work with and/or target and such diversity would allow people/departments to act in a timely, thoughtful and “on point” matter.  Just imagine, an event occurs involving a POC and such an event forces a country to face a NASTY REALity that has been omnipresent from its beginning. Quite sure that professional teams and college athletic departments/staffs that are blessed with a diverse staff WOULD NOT wait 5/6 days to make a public statement on such an generational event.

In closing, perhaps professional teams / college departments should consult with Merriam-Webster’s Definition of Diverse (see below) prior to creating a staff as we head into the next decade.

1: differing from one another

2: composed of distinct or unlike elements or qualities
Posted by Elite Basketball Training at 8:00 PM