THE DOWNFALL of #THEMECCA: "GYM COSTS IN NYC" (THE PREQUEL) 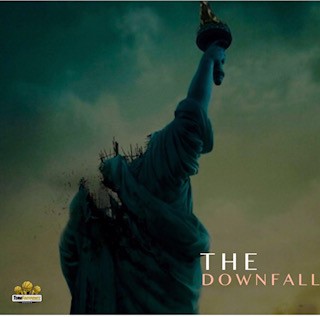 Many within the world of basketball consider NYC #TheMECCA largely due it's long history of churning out top notch players.  As of late, such claims have been under attack by other cities however very few can dispute the influence of NYC on the basketball landscape, as a whole.

There are a myriad reasons of why some no longer consider NYC as #TheMECCA but for this blog entry we will focus on an overlooked fact that has stymied NYC's basketball development and growth.

NYC basketball is known for it's playground flair and overall toughness, however the landscape of basketball has changed.  Gone are the days of playing on the playground instead players of today can be found indoors working on the flair of yester year and not on relevant game tested skills such the ability to SHOOT.

Having the means to rent a gym in NYC is rare for many trainers / coaches / parents for most are not in a position to a afford the steep prices of $125-150 per hour for a private court.  Yes, you read that correctly  $125-150 per hour.  "Awww, rent a gym in a school" pundits might say but although they are correct for the rental costs are lower it does not mean they will have access to a school.  To a certain extent, access is to a facility comes with knowing a principal or an administrator who is willing to allow an organization into the building.  By comparison gym rentals in cities such as Atlanta ($65), Seattle ($50), and states such as New Jersey ($50) and Pennsylvania ($65) per hour are very affordable for trainers / coaches / and parents to allow their trainee / child to "get some work' and NOT to mention the gyms in question are FAR superior to 99% of NYC rentable gyms. Granted NYC is expensive but NOT that damn expensive. And this is where NYC fails NYC.

At any rate, we are aware that basketball is a business and like ALL businesses people must make money but it's getting to the point - as mentioned in a previous blog - GENTRIFICATION has caused players without financial means to be left behind.

In conclusion, add NYC gym costs and it's impact on the play of players to the long laundry list of reasons adversely affecting NYC's status within the world's basketball community.